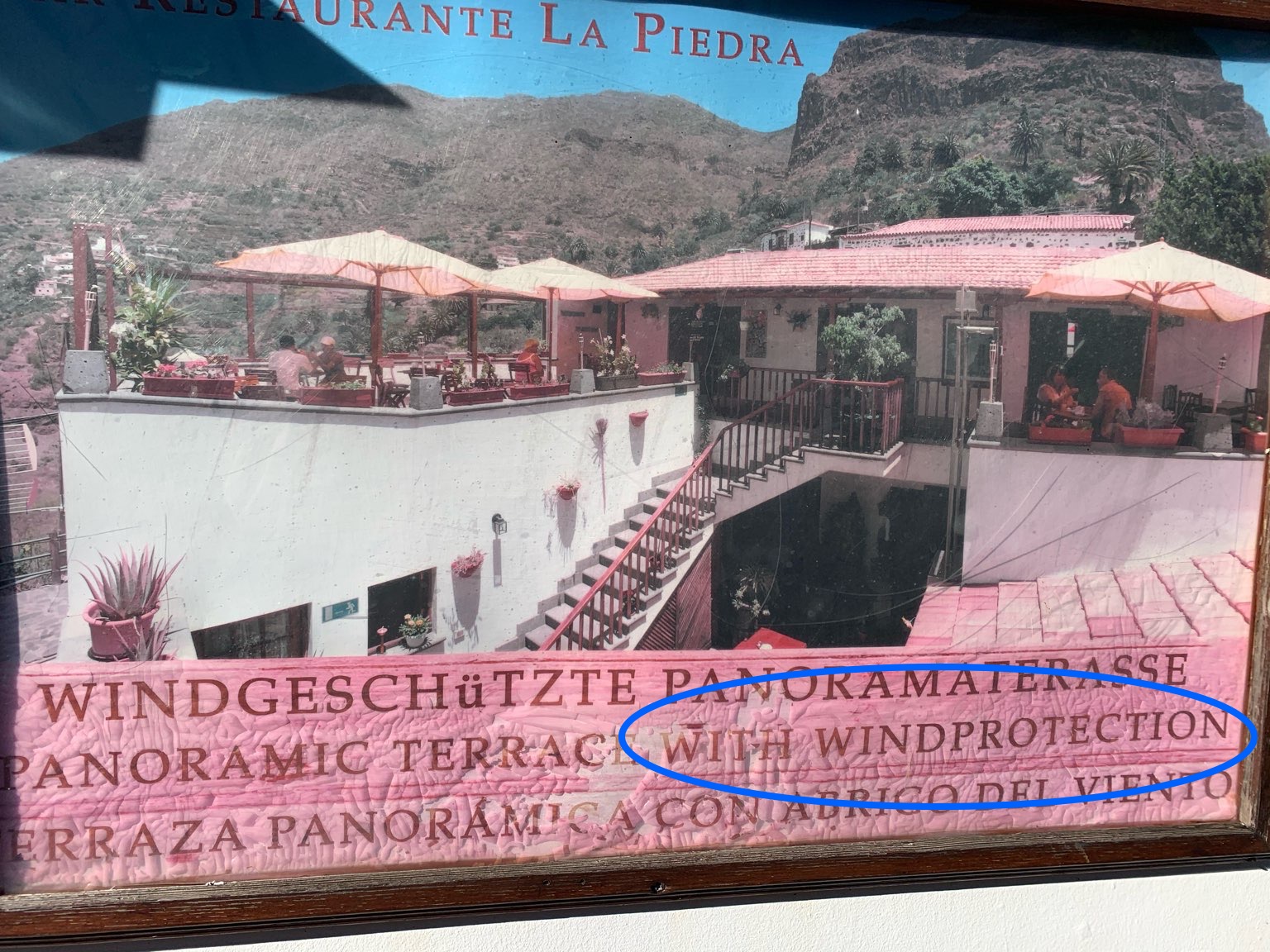 The Hidden Challenges for Non-Native-English Speakers:
(or: We Don't Know What We Won't Know)

We should admire the very large number of people who now speak English as a second language.   From all parts of the world and from all walks of life, they have developed their knowledge of English to gain access to the world outside their home environment.  They have travelled a remarkable journey.

So, it is time now to address the hidden unknowns of non-native English.  These are the errors made by non-natives that they don’t realise are errors.

Non-natives are often not aware of mistakes they might make in English.  Even those who speak good English can be unaware of their errors, due to their own lack of knowledge, or because they have “learned” these errors other non-natives.  All the examples of “hilarious English” we can find in an internet search are from authors who did their best to write good English, but didn’t realise that the result was funny or embarrassing.

. Simple mistakes:  errors of the individual, that are specific to each person as a non-native;
. Common pitfalls:  common errors committed by many, that we have “learned” from each other;
. Linguistic traps:  errors that lead to a comical, distasteful, embarrassing or offensive result.

These differences can be very difficult to appreciate for the non-native speaker.  Selecting the wrong one can be incorrect or misleading.

For example, shops have customers, banks have clients, and hotels have guests.

A large bank advertisement in a European airport showed itself as “Blooming in Europe”.  The word “blooming” can only be used in its literal sense:  only flowers can bloom.  The appropriate term with this intended figurative meaning would be “thriving in Europe” or “flourishing in Europe”.

Also, foreign words often have two meanings (homonyms), and choosing the wrong translation can give a strange or funny result.  This is a common problem with automated translation tools.

In a classic case, the word “avocat” in French means both “avocado” and “lawyer”.  Many tasty “lawyers” have been offered as a dish in the English translation of French restaurant menus—obviously the work of automated translation tools.  Native-speakers reading this will find it highly amusing, or they will be bewildered by it.

In the above examples, the meanings of “famous” and “fameux” are not only different, they are opposite.  “Fameux” in French means “infamous” in English.

Another type of “false friend” is the “invented friend”.  These are translations that borrow a word from another language to create a word that doesn’t exist in English.

An example of an “invented friend” is “to precise something”, taken from the French “préciser quelque chose”.  In English this should be: “to specify something”, as “precise” in English is an adjective and cannot be used as a verb.

An especially frequent example is the incorrect selection of the past tense (e.g. “I went” versus “I have gone”).

To make things even more difficult, in each tense there are different tense forms:

Each of these has a meaning that is slightly different.  Note there are thirteen (13!) different ways of expressing a verb in the past—and each one has a specific meaning.  It is understandable that non-native-speakers have a difficult time with these.

Tense and tense forms in English are important because they convey differences in meaning.
Their incorrect use can therefore be misleading.  Even if not misleading, the native-English reader will often hesitate for an instant to check what the most likely meaning is—this is a distraction and can be irritating.

In addition, an incorrect word sequence is often taken from the foreign language from which a text has been translated.  These will often sound very strange, even if their meaning isn’t ambiguous.

These are errors that lead to a comical, distasteful, embarrassing or offensive result.  We don’t realise they are errors because we are not aware of their effect.

A large bank advertisement in a European airport recently showed itself as “blooming in Europe”.  The word “blooming” can only be used in its literal sense:  only flowers can bloom.  The native-speakers who see this sign will be highly amused by it.

In another real-life example, a company memo outlined the details of an office move.  The memo explained how computer equipment, including “mice”, was to be moved.  Native-speakers were still laughing about this weeks later:  Although the plural of “mouse” is indeed “mice”, this plural can only be used for the animal with this name.  The term “mouse devices” should have been used instead.

The word “Lust” in German means fun, amusement or a willingness do something fun.  It is best not to use the word “lust” in English to denote ordinary fun—the context in English is very different and the result would be embarrassing.

The internet has a vast number of “hilarious English” sites offering examples of errors that are extremely funny, distasteful, embarrassing or even offensive.

Do I know what I don’t know?  The answer is No.

The truth is, when we learn a foreign language such as English, we never really know what we don’t know.  This is true even for those who speak good English.  We can never be completely sure, simply because we aren’t native-speakers.

And for every unknown error, there are in fact three additional unknowns:

The only way to find all those hidden unknowns is a review of your English text by a native-speaker.  This will find and correct errors, and will optimise your text so that it is accurate, professional and pleasing to read.

Native review and optimisation:  Showing you at your best! 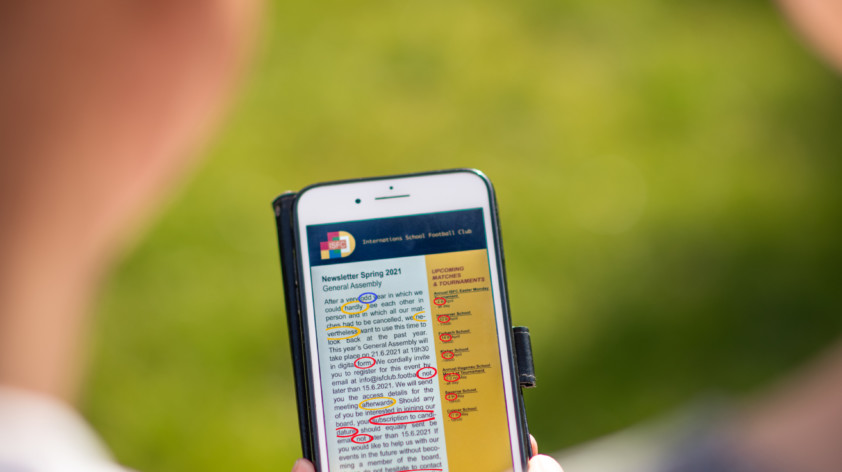 The Importance of Good English:
(or: It’s Never Too Late to Make a Good Impression) 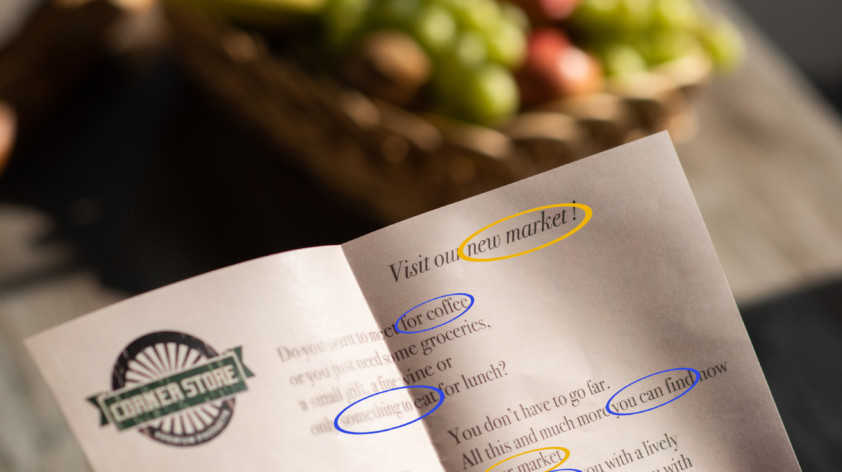 Native Review and Optimisation:
(or: You at Your Best in Real Life)

By continuing your navigation on this website, you accept the Terms of use of the website (https://englishoptixx.eu/terms-of-use/). This website uses cookies which are stored on your computer or mobile device as explained in our Privacy Policy (https://englishoptixx.eu/privacy-policy/). Some of them are strictly necessary to the functioning of the website. You can block them by setting on your browser but you may then be unable to access or use certain parts of our website. Others are used to give you the most relevant experience by remembering your preferences and repeat visits. By continuing your navigation on this website, you agree to the use by English Optixx of cookies to provide you with social media features and to analyse our traffic. You can withdraw your consent at any time as indicated in our Privacy Policy.

We use cookies on our website to give you the most relevant experience by remembering your preferences and repeat visits. By clicking “Accept”, you consent to the use of ALL the cookies.
Cookie settingsACCEPT
Manage consent

This website uses cookies to improve your experience while you navigate through the website. Out of these, the cookies that are categorized as necessary are stored on your browser as they are essential for the working of basic functionalities of the website. We also use third-party cookies that help us analyze and understand how you use this website. These cookies will be stored in your browser only with your consent. You also have the option to opt-out of these cookies. But opting out of some of these cookies may affect your browsing experience.
Necessary Always Enabled
Necessary cookies are absolutely essential for the website to function properly. These cookies ensure basic functionalities and security features of the website, anonymously.
Functional
Functional cookies help to perform certain functionalities like sharing the content of the website on social media platforms, collect feedbacks, and other third-party features.
Performance
Performance cookies are used to understand and analyze the key performance indexes of the website which helps in delivering a better user experience for the visitors.
Analytics
Analytical cookies are used to understand how visitors interact with the website. These cookies help provide information on metrics the number of visitors, bounce rate, traffic source, etc.
Advertisement
Advertisement cookies are used to provide visitors with relevant ads and marketing campaigns. These cookies track visitors across websites and collect information to provide customized ads.
Others
Other uncategorized cookies are those that are being analyzed and have not been classified into a category as yet.
SAVE & ACCEPT